Lakeshore Church began in a living room in 1990. The founding pastor, Steve Yeary, and a few families soon found a space to lease for services in the fall of that year, and Lakeshore officially opened its doors on Highway 66 in Rowlett as a new church affiliated with Assemblies of God. After four years, the founding pastor was called elsewhere for service, and current pastor Brad Howard assumed leadership of the church in September, 1994.

As time passed, many new families were added, and the church outgrew the available space in its existing location. Land had been purchased for a new building in Rowlett in 1992, but plans to build there did not come to fruition. In late 1996, the church moved to a historic building across the lake just off the Rockwall square. Growth continued, and by the fall of 2001, the church obtained the 50 acre parcel of land on South Highway 205 where the church is now located. The new building was completed for services as 2004 began, and an additional children’s wing was added in 2007.

Although Lakeshore has been involved in remodeling and building new buildings through the years, our primary emphasis has always been on Loving God (worship and obedience) and Building People (through small groups and service activities). We invite you to visit us soon and to consider becoming a part of our church family. 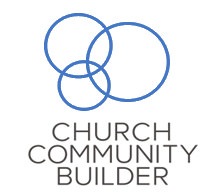 We are so glad you found us online and we look forward to seeing you this Sunday.